We’re excited to share with you the second of the two ranges which we have created in collaboration with the V&A. One of the V&A’s great strengths is its gallery of Japanese art and design. Many of its objects explore the Japanese attitude to nature. From kimono to netsuke, the natural world is central to Japanese aesthetics. This collection of fabrics is decorated with blossom and rich, leafy foliage motifs worked in traditional lacquer work techniques.

The practice of lacquer work has existed in Japan since prehistoric times and has been used to produce a diverse array of objects from household furniture to the samurai armour. This elegant pattern of delicate spring blossoms – also revered in Japan – is based on a writing box from the 16th century, held in the V&A’s East Asia collection.

The mother-of-pearl detailing on this lacquer-inspired collection is based on an intricate Japanese inro box in the V&A collection. Designed for holding small objects, suspended from the obi (sash) worn around the waist when wearing a kimono, the beautiful 19th-century object is adorned with motifs from the natural world.

Both Eastern Fans and Eastern Vines, have been created from the same inspiration. These are stunning prints which would make beautiful outfits especially if you have a special occasion, or an evening event to look forward to. Do go to the website to find out more information, use the links included in the blog. 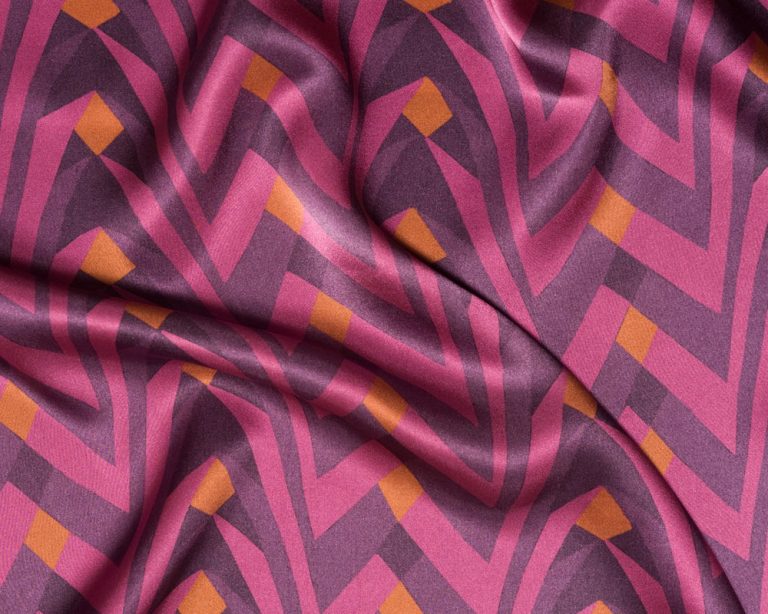 ART DECO Beckford Silk is proud to announce the launch of a capsule collection made in collaboration with the V&A, the worlds leading museum of art , design and performance. In this blog, we highlight the first of two ranges we have launched this summer. This bold and colourful range celebrates the Art Deco Movement,… 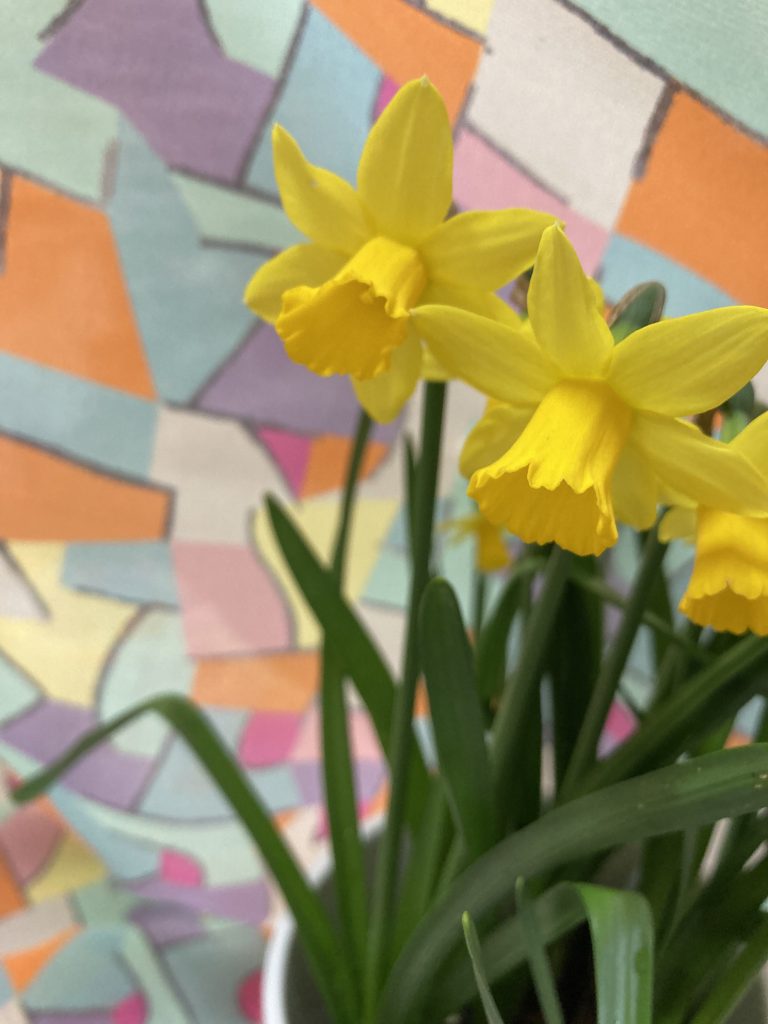 Spring is finally here, bringing the sunshine and beautiful daffodils. With winter behind us, we can now look forward to refreshing our wardrobes. Today we want to share with you our favourite spring inspired prints and colours. We are currently loving the vibrant colours of this ‘ Lively’ – Green Waves print. Which is paired… 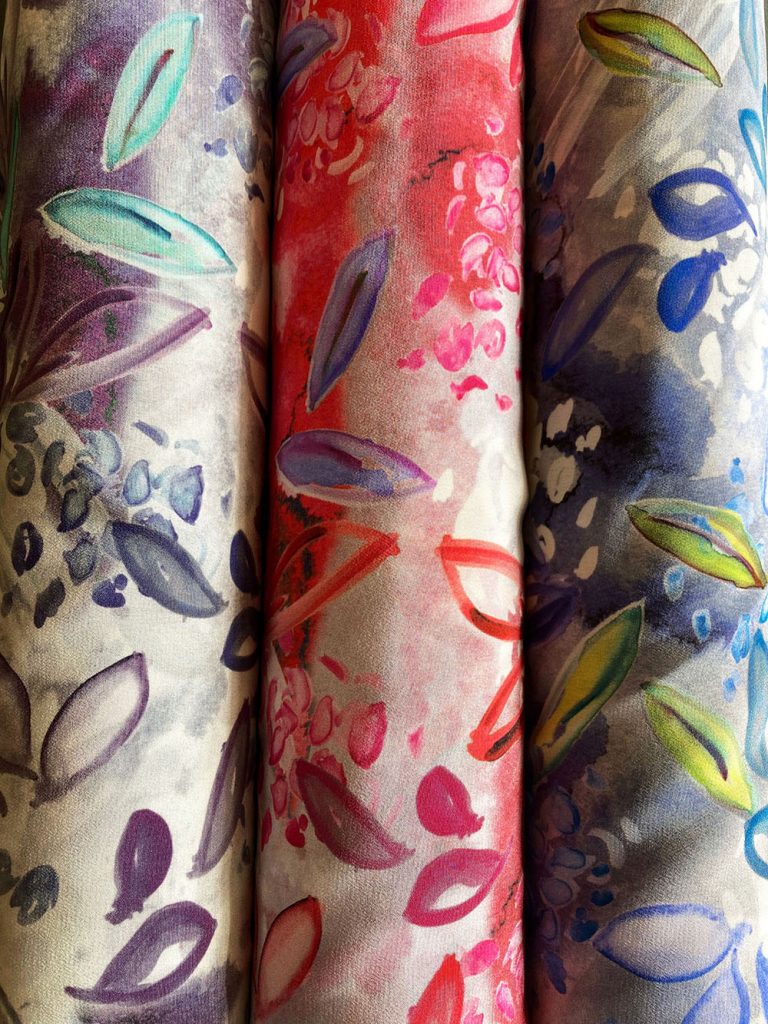 We are very excited to introduce our new Tranquility fabric print, this is the ideal print design to create your summer me – make! It is a beautiful flowing design, created in house by our lead designer. The design was developed using watercolours to paint organic shapes and create different soft tones of colour. Tranquility…

When you are starting a project and you’re unsure about what colour or weight of fabric, then purchasing swatches really helps with the final decision. You may also find that you can’t depend on the colours on the computer screen. Which is why swatches are so important when deciding on your fabrics for your sewing… 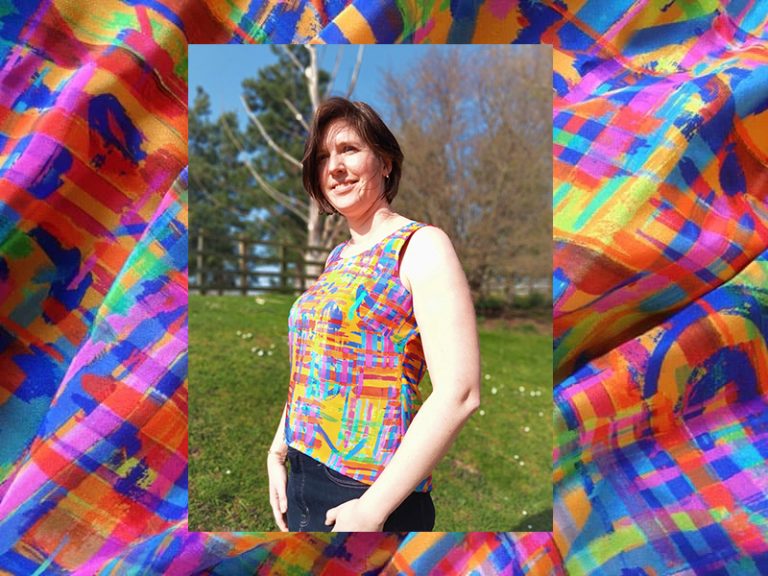 This week I’ve created a sleeveless shell top ready for summer. The pattern is taken from The Great British Sewing Bee – Fashion with Fabric, book by Claire – Louise Hardie. I’ve made it a few times in cotton, but never with silk! It’s quite simple to make – with only a button and loop… 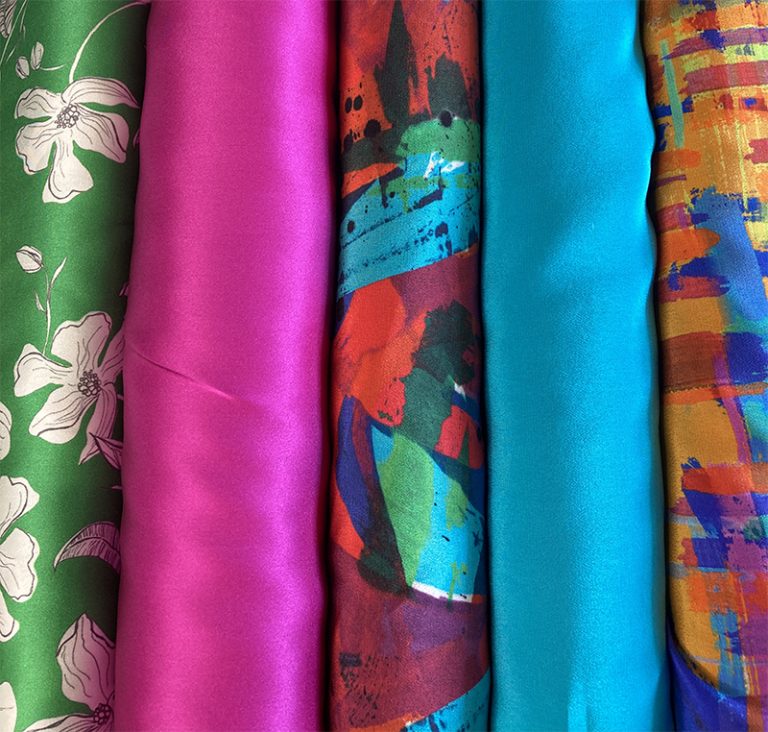 Happy Friday – With summer here, we are enjoying an explosion of colour at Beckford Silk. I have put together a range of summer prints and colours to inspire you for your next me-make this summer! The range includes some bold prints, with attention – grabbing colours, ready for those summer garden parties or for…